When & How to Remove Skin Moles?

Melanocytic Naevi (or as they’re often called—moles), by definition, is a type of skin growth, and they occur when cells don’t spread out through the skin but grow in a cluster. The cells that makeup moles are the ones that give your skin its natural pigment and are called melanocytes.

Moles differ in size, color, placement, etc. Let’s see when you should be concerned about a mole and what your removal options are.

There are three types of moles based on the way they look, when they develop in life, and if they are cause for concern.

Atypical naevi are usually larger in size and have irregular shapes. These moles are at the greatest risk of becoming cancerous out of the three types. Atypical moles come in all shades and sizes, as opposed to melanoma which is classified as a darker mole.

Congenital naevi are the ones that pose the least amount of risk for becoming cancerous. They are usually present at birth, and they’re often flat in shape. These moles come in different shades and shapes.

Acquired naevi can be a cause for concern, but not all of them necessarily turn into melanoma. They appear later in life and are often due to sun damage. Their color tends to be brown, they’re round, and they shouldn’t undergo any significant change as you age. 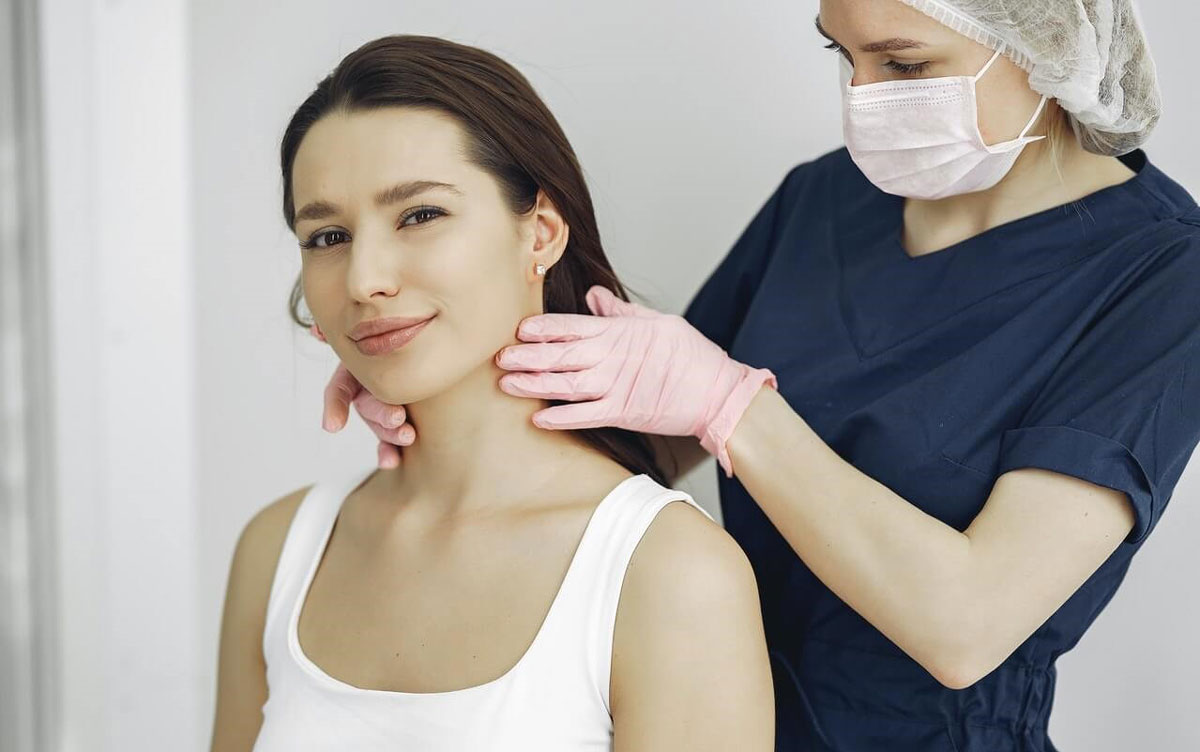 There are different types of moles—the ways we can differentiate them are: how they look, the time when they appear, the reason why they appear, and whether they are harmful or not. Let’s see how to tell whether you have a reason for concern regarding your mole and what the next step should be.

Why do moles develop?

Moles are usually caused because of genetic reasons. The most common type of naevi (congenital naevi) are inherited, especially in people who have a large number of them. However, acquired moles can also be developed on the skin that has been exposed to the sun for a considerable period of time.

When do moles develop?

Naevi are developed at different stages of life depending on their type and genes. Congenital moles are usually there from birth and acquired moles develop later in life (for various reasons, but predominantly due to extensive exposure to the sun). Atypical moles develop throughout life, more commonly in people in their 20s.

When to get mole checks?

You should consider getting a mole check if it changes in size, color, and shape, if your mole has been exposed to the sun for long periods of time, and if you develop a mole later in life. However, below we’ll list causes for concern when it comes to moles.

Skin moles to worry about

Most skin moles are harmless, but in some rare cases, they can develop into an aggressive type of skin cancer called malignant melanoma. Some of the signs you should keep an eye out for include:

Other signs include itching, redness, bleeding, a fast-growing mole, etc. However, bleeding and redness usually occur in the later stages of melanoma, and ideally, it should be diagnosed earlier.

Moles that are harmless

Most moles that you’ve had since childhood, don’t have an irregular shape, and don’t have any of the signs mentioned above are probably harmless. 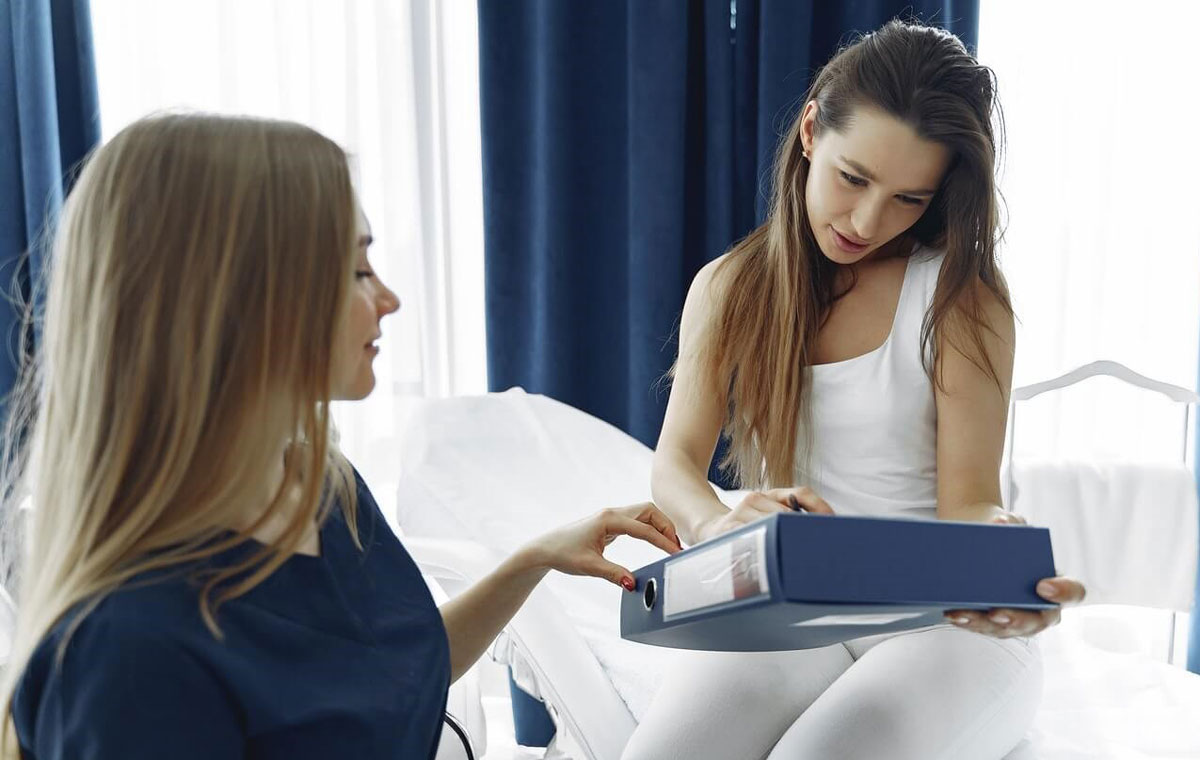 People decide to remove moles for a number of reasons. Many times it happens to be the fact that their mole is placed somewhere visible, like the face. Moles are also removed for safety reasons when they’re in areas that can’t be closely monitored by the person, such as the back.

Whatever the reason for removing a mole may be, here are the mole removal methods.

Some moles can be removed by laser treatment. The process is usually fast and leaves little scarring. Laser mole removal requires no cutting or stitches since lasers evaporate the tissue they remove and seal blood. After laser removal, there will be a scab at the site where the mole was, and it can be expected to fall off within two weeks. However, after the scab falls off, there will be some redness, but that too usually fades over time.

Shave excision is a fairly common method of removing moles with an elevated surface. Before the procedure takes place, the area around it is numbed, and then the top portion of the mole is removed, so the area is leveled with the skin around it. It is probable that this procedure will leave a scar and a slight possibility of mole regrowth at the site.

It’s worth noting that it is common for repigmentation to occur in the area where the mole has been removed. Both regrowth and repigmentation are more likely to happen in younger patients.

Elliptical excision is a mole removal method used for both normal and atypical moles. Moles that are potentially cancerous are almost always removed using this method. This procedure is called elliptical because of the shape in which the mole and skin around it are cut, which is oval or an ellipse.

Similar to shave excision, elliptical excision requires numbing of the era, and after that, the removal of the whole mole (above and below the skin). Oftentimes, the area where the mole was taken out requires stitches, and after that, it is covered with a dressing so it can heal.

If you’re interested in removing your mole in Hertfordshire, Aventus Clinic is one of the top clinics that offer this service. Even if you find yourself in the  London area, you can still visit us, since our clinic is only  30 minutes by train!

The reasons for mole removal vary from person to person—sometimes it’s cosmetic and other times a health issue. Whatever the reason is, there are different types of mole removal methods to gain your confidence back. We hope this article helped you understand how moles work and when to get them removed.

If you’re concerned about a mole you’re worried about or simply don’t like the way it looks, you can book a free consultation and decide if you wish to proceed with our mole removal procedure. 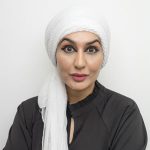 Dr Choudhry, also commonly known as Dr Anny, is trained in a variety of medical and surgical specialities including Dermatology and Plastic Surgery in London and East of England Deanery.