Most Iconic Footballer Hairstyles of ALL TIME Revealed

From David Beckham’s iconic hairstyles to Phil Foden’s blonde buzzcut, footballers have always been the trailblazers for hair trends,as well as being guilty of some hair disasters.

Following a 50% increase in searches for the term “footballer hairstyles” between March 2021 and March 2022¹, our team of hair specialists have delved into the most iconic hairstyles among footballers and have created a ‘Premier League of Hair’.

Let’s break it down:

Playing for a total of six clubs during his football career, David Beckham has spent plenty of time in the limelight, showcasing various iconic hairstyles loved by thousands of footie fans. One of David Beckham’s most memorable hairstyles is the ‘mini mohawk’, a look he adorned playing for Manchester United in 2002. This hairstyle, along with others, has resulted in David Beckham ranking number one in our ‘Premier League of Hair’.

Ranking second in our ‘Premier League of Hair’ is Neymar da Silva Santos, more often known by his first name, ‘Neymar’. Playing for Paris Saint-Germain and the Brazil national team, Neymar is widely regarded as one of the best players in the world. With this status comes pressure to ‘look good’, which is why the footballer will often be pictured with iconic hairstyles, including the Batman logo he had printed on the side of his head in 2021.

Now retired, Ronaldo Nazario is an ex Brazilian football player known for leading Brazil to a world cup title in 2002. As well as hit football achievement, he is known for his ‘triangle fringe’, a hairstyle he wore during football games in 2002, to take attention away from an injury he had at the time.

Taking the fourth spot in the ‘Premier League of Hair’ is Phil Foden. At just 21, he is famed for being one of the best young players in the world playing for the current English champions Manchester City. He is of course, also renowned for his ‘bleach blonde Gazza’ hairstyle which he debuted during the Euro’s in 2020 starting a hair frenzy amongst the England fans. 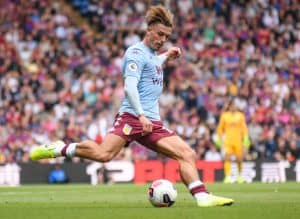 Known as an ‘elite level attacker’, Jack Grealish has grown in popularity in the football world over the past few years and ranks fifth in our ‘Premier League of Hair’. Grealish’s long hair and headband look has obtained 315 Instagram hashtags, 2.5 million articles, and nearly 2,000 average monthly searches. However, the young football player recently posted a picture online sporting his ‘new’ hair look, which sparked panic that he’d got rid of his usual style. But don’t worry, he is in fact still sporting his long locks and headband! 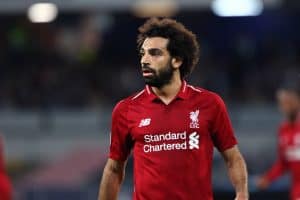 Sitting sixth in our ‘Premier League of Hair’ is Mohamed Salah, known as ‘one of the most prolific forwards in European football’ who plays for Liverpool FC³. Salah’s staple hairstyle is his curly fro and beard, and after having a recent trim, fans were quick to comment that he should stick to his fuller for, with one fan commenting: “No, please, go back to that iconic hairstyle!.”⁴ 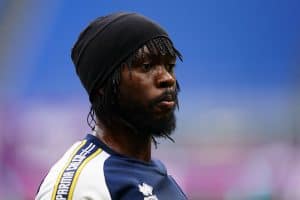 Currently playing for the Ivory Coast national football team (previously Arsenal), Gervinho has been pictured numerous times on the pitch sporting braids and a headband. This hairstyle has received a lot of attention online, with some fans labelling the hairstyle as ‘shocking’⁵. However, it’s important to mention that Gervinho has suffered from ‘traction alopecia, a form of hair loss that results from prolonged or repetitive tension on the scalp, which could be attributed to his use of braids⁶.

Paul Pogba is no stranger to sporting crazy hairstyles. From a bright blue mohawk, a red fade and a leopard print pattern shaved into the side of his head, we can confidently say that Pogba isn’t afraid to showcase his personality to the world. With the Manchester United midfielder constantly switching up his locks with different colours, fans have often wondered if this hints at a potential switch of football clubs.

Lionel Messi is widely regarded as one of the best players in football history, establishing records for goals scored and winning individual awards for his performances⁷. With millions of fans worldwide, Messi is keen to look in tip-top shape, and this includes his hair. His most recent transformation, going from dark brown to bleach blonde, is a switch that he said made him feel like he was ‘having a fresh start⁸’. 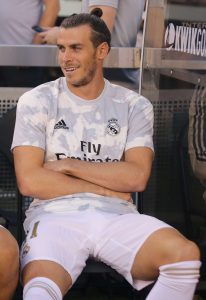 Ranking number ten in the ‘Premier League of Hair’ is Gareth Bale, a Welsh professional footballer playing as a winger for Real Madrid. Bale has often been referred to as a ‘trend setter’ when it comes to hair and has recently made headlines for his man bun and undercuts hairstyle, with fans commenting on how surprised they are that he has so much hair⁹.

Speaking on the topic of footballer hairstyles, one Reddit user questioned why footballers all look to have perfect hairlines and show no sign of recession, even the older players. The Reddit user commented: “I look at football players, and it’s just insane how most of them have perfect hairlines. I’m not just talking about the 18-22-year-olds, I’m talking about even the older guys who are in their early to mid-30s. Look at Christiano Ronaldo’s hairline, he’s 37 years old and he has zero signs of recession.”

In response to this query, other Reddit users commented: “Dude, hair transplants. It’s nothing financially to them” and “loads of them have had transplants”.

Being in the public eye and on one of the biggest stages in the world (the football pitch), footballers are known for looking after their appearance, and even if they are pictured in a casual tracksuit, their hair will always look pristine and presentable.

Whilst it’s nice to admire iconic hairstyles from our favourite footballers, it’s important to remember that footballers often have access to high-end hairdressers and barbers, who can style the footballer’s hair in unique ways. So, to avoid any hair disaster, avoid giving yourself a mini mohawk and leave it to the professionals!

For retired footballers who have fuller-looking hair, some people may be left questioning how this is possible when they have found their hair to be thinning at a similar age. Well, these footballers have likely undergone a hair transplant to increase the longevity and thickness of their hair. David Beckham, former footballer and current owner of Miami FC, had a hair transplant at the age of 43 and has since been pictured with healthy and full-looking hair.

If you find yourselves admiring footballers will full and thick hair, exploring hair transplant options could be a good idea. It’s a comfortable procedure that takes around one year to have a full effect, but the confidence it gives lasts a lifetime. 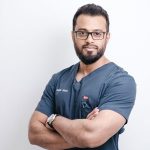